Recently, a dastardly crime against civilization is reputed to have taken place in one of the most progressive areas of the United States. A secret invasion was carried out by ruffians from the evil nation of Patriarchy, who have the audacity to insist that men and boys are as human as women and girls. These contemptible antagonists held a so-called conference to discuss gender issues from this heinous perspective.

Despite vigorous efforts at preventing this atrocity by a small posse of twitter vigilantes, the 4th International Conference on Men’s Issues was held during the weekend of August 16th through 18th, 2019, in Rosemont, Illinois. This represents the first time a twitter campaign has failed to impact an event hosted by the insidious Honey Badger Brigade. Those internalized misogynists mostly just ignored the social media heroes. It was as if they didn’t even care that their event was controversial.

In fact, this year’s ICMI was the biggest incursion the sisterhood has ever faced. As the twitter posse’s valiant struggle continued, the event proceeded, without further incident, to achieve its highest attendance so far.

Even the staff at the conference venue ignored the keyboard warriors’ dire warnings, going about their business like they weren’t surrounded by agents of the Patriarchy. It was as if nobody was afraid of this misogynistic mob!

Editor’s note: Due to the extreme fragility of this article’s author, Honey Badger Brigade staff will be taking over this article while the poor thing has a fainting spell.

To continue, the conference went quite well. Between registered in-person attendees, those who purchased tickets at the door, and remote attendees, approximately 300 were in attendance.

Speakers and panels consistently kept 150 or more engaged between simultaneous presentations in two conference rooms, and several meetups were arranged among attendees and colleagues in the movement who were in the area but unable to attend the conference. Each presentation ended with enthusiastic participation in question/answer sessions.

Contrary to dire warnings given by bloggers and social media critics, nobody’s voting rights were suppressed during the conference. No feet were made bare, nor anyone impregnated and forced into any kitchen. Not even a single sammich was demanded. Our detractors were faced with complete and utter lack of patriarchal domination. They must wonder who decided to make Karen the Master of Ceremonies. There were even men on stage who did nothing to stop her!

We were able to attract speakers representing a wide variety of viewpoints, including not just men’s advocates but also other political perspectives.

Though not everyone at the conference was an MRA, everyone was able to recognize that as human beings men and boys must be included in the human rights discussion, with consideration for their needs despite – or because of – their differences from women and girls. We are able to approach that from different perspectives without exclusivity or acting against women’s human interests.

While there were many newer faces and topics, we still have plenty to learn from veterans of the movement, with our slate including educators, authors, attorneys, clinicians and other professionals who have been active in the movement, and activist speakers from organizations like A Voice For Men, the National Coalition for Men, the Mankind Project, Justice for Men and Boys, and The Lighthouse Project.

Hundreds of images and hours of video are still being sorted out following the event, with several photographers present to capture the various panels, speakers, and other presentations, some of which can be found in the ICMI2019 twitter feed. Look for more of these media to be released in upcoming weeks! 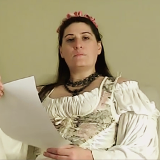 Princess Butthurt of Femitopia
Royal pain in the ass at Nation of Femitopia
Princess Butthurt is the only acting diplomat from the exotic island nation of Femitopia, bathed in the salty waters of the No Agen Sea, rival to the nation of Patriarchy, a long, thick, peninsula rudely jutting out from the continent of Mantartica, deeply penetrating the waters of the Merry Tokra Sea. It is the position of the Femitopian Momarchy that all of the ills of the world are caused by the policies of Patriarchy.

Latest posts by Princess Butthurt of Femitopia (see all)

Princess Butthurt is the only acting diplomat from the exotic island nation of Femitopia, bathed in the salty waters of the No Agen Sea, rival to the nation of Patriarchy, a long, thick, peninsula rudely jutting out from the continent of Mantartica, deeply penetrating the waters of the Merry Tokra Sea. It is the position of the Femitopian Momarchy that all of the ills of the world are caused by the policies of Patriarchy.