German Games Press on GamerGate, IGDA and the QuoVadis conference

Did you think the untruthful press coverage of GamerGate was limited to the United States? Think again. The following story started several months ago, but the puzzle pieces took their time to fall together. If this flow chart doesn’t make any sense to you, it will all fall into place once you finish reading.

It all started in September 2014, when Germany’s leading games magazine, GameStar, published an article called “Was ist GamerGate?” (“What is GamerGate?”) in its 2014/10 (October) issue. This article went into some detail to explain the GamerGate controversy and what had transpired up until that time.

Now, this article made me feel incredibly uneasy. The article claims to be neutral, but it really isn’t. It pays some lip service by pointing out that Anita Sarkeesian is sometimes in the wrong, but otherwise downplays everything Sarkeesian, Zoe Quinn and the aGGro side do and say, while inflating the “wrong-doings” by the pro-GG side and siding it with trolls and misogynists. It is filled with snarky comments towards GamerGate, moral finger wagging and preachy appeals about “better things we have to do”. It does not take the neutral stance you would expect from an reputable press outlet.

My first gut reaction was the urge to go ahead and cancel my subscription to the magazine, but then I thought “well, this might get interesting in the next issue”. So I put it aside for a while.

A month passed, and the November issue (2014/11) came out. Like any magazine, GameStar also has a “letter-to-the-editor” column, and unsurprisingly, not a single printed letter was pro-GG. Reactions ranged from “thanks for telling us about this terrible thing” to “this article was a waste of space”. Not a single letter can be identified as pro-GG. However, this fits in with the tone of the previous article. I remember reading on 8chan a couple of months ago someone made an educated guess that the GameStar online forum is split in about 60% pro-GG / 40% anti-GG. However, I have not been able to verify this because during my last visit the search function was broken beyond repair and I also suspect a certain amount of banning/censorship regarding the topic. But I put the affair aside again.

Then in February 2015, an article appeared on my Facebook newsfeed. It was an article called “Because you’re worthless – the dark side of Indie-PR”. It was published on the website MakingGames.biz.

MakingGames is both a printed magazine and online news site. It is aimed at professionals  and features articles by people from the gaming industry, mostly in English. Said article is essentially a shill piece for Phil Fish and how badly he was treated by consumers.

Phil Fish is the developer of indie game FEZ who infamously cancelled the development of its sequel, FEZ 2 and quit the industry after throwing a temper tantrum defending Zoe Quinn.

It did strike me as odd for MakingGames to publish such an article at first, but then again, it was written not by staff but some industry guy named Caspian Prince of whom I had never heard of before, so I didn’t give it much attention. Surely this was just some guy blowing off steam and, so I thought, the whole thing was not that important, right?

Well, let’s just say that along came an IGDA…

From April 21st to 23rd, the QuoVadis game developers conference was held in Berlin. It is a smallscale, professionals-only expo for game developers. I nearly missed it, and I did not expect too many interesting panels this year anyway. But there was a talk during that conference that immediately caught my eye: “Women in Games since Gamergate: Action Items”, featuring our very own Kate Edwards.

Kate Edwards is the Executive Director of IGDA. Most of you probably remember her from the blockbot fiasco. She and three other women were to discuss “women in games and the status of diversity in the industry today.” Needless to say, finally an alarm went off inside my head.

And this is where things get messy and ugly. I took a look at the list of sponsors for the QuoVadis. IGDA is one of the sponsors of the conference. But there is more.

Other sponsors include the Computec Media GmbH, a media publisher that owns, among other things, online portal Golem.de. Golem calls itself the “IT news for professionals”, so obviously, all their articles are tech-related. Not only is Golem also a sponsor, but they also published a few anti-GamerGate articles.

These articles on Golem.de were written by Peter Steinlechner. Steinlechner is a former editor and founding member of GameStar magazine.

Another editor-in-chief is Heiko Klinge, and he is also the editor-in-chief of – you guessed it – MakingGames magazine. At this point one should also point out that Klinge was key in founding MakingGames and that it originally started under the name “GameStar /dev/”.

Both GameStar and MakingGames were owned by IDG Communications Media AG at that time, but have recently been sold to / bundled into a company called Webedia Gaming GmbH. More importantly, MakingGames is also a sponsor for QuoVadis.

Unsurprisingly, if you check what MakingGames has said about anything GamerGate-related on their website, or just search for articles on “Anita Sarkeesian” or “Zoe Quinn”, it is easy to confirm that every news piece on MakingGames.biz is just as underhandedly anti-GG as the GameStar article, or at least pro-feminist.

Probably not-so-coincidentally , one of the speakers of aforementioned QuoVadis panel, Sabine Hahn, also gave a talk called “Why #INeedDiverseGames – brainstorming about diversity in the games industry” at the Respawn game developers conference, another small-scale conference that took place in tandem with the GamesCom 2015 in Cologne.

On her website, Hahn calls herself a consultant on gender issues. She has a Masters degree in cultural studies, sociology and journalism, and is currently working on her PhD with the topic “Towards a virtuous cycle – women in games (industry) & gaming”.

Make of this what you will, but to me it is obvious that certain groups are trying to influence developers on a greater level than we thought. I am not surprised that this little story I just told you slipped by almost unnoticed, as three things need to converge in an indiviual: He/she must be located in Germany, he/she must be somewhat on the pro-GamerGate side and he/she must have ties into the games industry for all the dots to connect properly.

Personally, it is hard for me to hide my disgust. We are talking about proper longterm journalists here, some of who have been working in the field for at least a decade. These are not Gawker’s wannabe journo bloggers.

It is inconceivable how they could buy into the feminist narrative. A couple of years back, when moral panic was at its height because of several school shootings in Germany, the main stream media did quite a few hitpieces on video games. The worst offender was a political magazine on public broadcast TV called Frontal21. Back then, GameStar started a petition that gathered 51,000 signatures in protest, and handed them over to the producers of Frontal21.

Fast forward to today, and the former defenders of gaming seem to have drunk the feminist koolaid. Look for yourself, for we have provided, in addition to the flow chart above:

Although, as of lately, they have been suspiciously quiet. I fully expected them to report about Tim Schafer’s sockpuppet shenanigans. They didn’t.

Oh, and in case you’ve been wondering: Not a single word about the SPJ Airplay either, despite (or maybe because of?) the bomb threats. 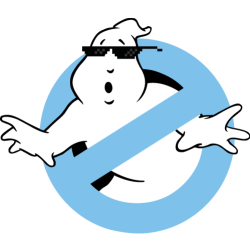 Alex Spector
When he's not busy doing freelance work, Alex Spector is a connoisseur of movies, games and anime alike. After discovering GirlWritesWhat on Youtube, and witnessing the rise of GamerGate, Alex has joined the ranks of those who oppose feminism and the vilification of gamers.

When he's not busy doing freelance work, Alex Spector is a connoisseur of movies, games and anime alike. After discovering GirlWritesWhat on Youtube, and witnessing the rise of GamerGate, Alex has joined the ranks of those who oppose feminism and the vilification of gamers.